Described as a "children’s show for adults", the show's format is a parody of educational PBS children's television shows such as Sesame Street and The Electric Company (e.g. use of stock footage, puppetry, and clips of children being interviewed), parodying the format with adult-oriented content. 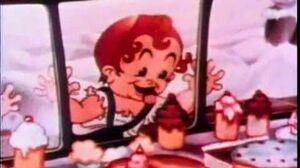 Wonder Showzen Intro
Add a photo to this gallery

Retrieved from "https://soundeffects.fandom.com/wiki/Wonder_Showzen?oldid=794101"
Community content is available under CC-BY-SA unless otherwise noted.