I never thought I'd blog here again, but here I am two years later! My SFX library choices are outdated, so I thought I'd give them a second chance. I also updated which SFX libraries I should use by making this image. 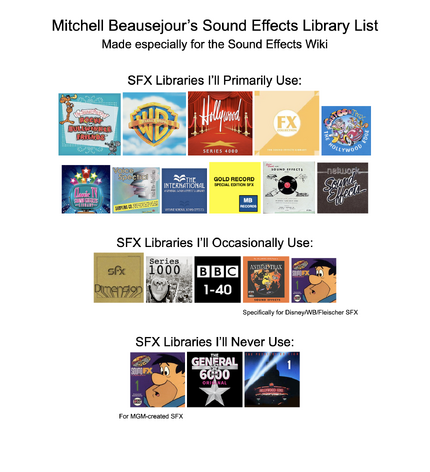 Peculiar thing is that a lot of the rare SFX have never even been used in modern media recently; so I thought I'd include my fanmade "Gold Record Special Edition SFX" library as a necessary way to use them again. I also love too that I'm adding new choices on which SFX libraries I will primarily use. In a sound designer's perspective, this image will show you why.

On the contrary, I think I might mention which SFX libraries for those who can't see any small images.