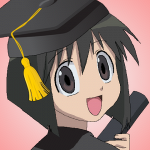 What's up! I'm Willie Okendo, and I'm here to help out on this site since I know the more recognizable sounds I've heard in the entertainment industry. I mainly know what uses cartoon sounds and some general realistic sounds. And I'm also the watcher of this wiki, making sure users follow the rules. And if you break the rules, you will be blocked for a month or more. I'm watching you!

Note: For anyone who wants to add pages themselves (most notably MurphyWiki), I want to give you a warning that I'm on my laptop almost all day and always check, edit, and add anything on this site. So please don't trip on me about that since I hate when people complain to me that they wanted to do it first and not me, you should tell me first before I start doing it OK.

Kaorin (Kaori is her real name.)

Osaka (Ayumu Kasuga is her real name.)
Add a photo to this gallery

My Opinion on Stock SFX

You can see the list of SFX libraries I will be using for my own SFX library.

For anyone who hasn't seen one of my blogs I did back then which is my list of Top Ten Annoying H-B and General SFX, there are several cartoon and general SFX I hate hearing now a days. I will only show the ones that irritate me the most now a days.

Retrieved from "https://soundeffects.fandom.com/wiki/User:WikiExpertXV?oldid=621775"
Community content is available under CC-BY-SA unless otherwise noted.