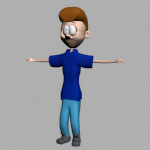 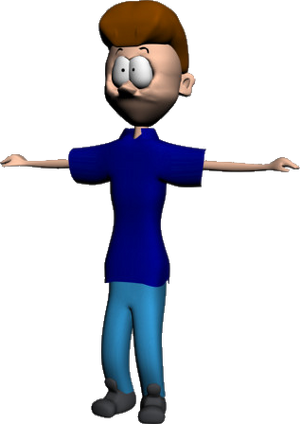 I'm Trent98 (formerly Pansagetrent9), but my real name is actually Trent Alan Jordan, but please, call me Trent. I'm a 22-year-old New Zealand male who is high-functioning on the autism spectrum (some people think I have ASD (Aspergers Spectrum Disorder)). I originate from the Hutt Valley near Wellington (the capital of New Zealand) since I was born on March 31st 1998 (yes, for my entire life I never left anywhere outside New Zealand until May 2019 when I went on a cruise to New Caledonia and Vanuatu, but I am planning to go to Australia (which is my #1 favourite country), and maybe visit Canada, UK, Japan or something I like to visit in the near future).

I'm a trustworthy user who always puts in 100% legit information on the pages of the sound effects that I recognize when I watch a TV series, movie, ad/commercial, YouTube video etc. I NEVER EVER put false information and I always follow the rules on this Wiki.

The baby crying sounds are the only WB/Looney Tunes sounds I ever hated, but nonetheless the Warner Bros and Hanna-Barbera sound effects are very good as they are timeless classics (and so are the classic WB/Looney Tunes cartoons themselves!). My sincere apologies go out to Mel Blanc (who died in 1989) or June Foray (who died in 2017) for having to make those annoying vocal sounds. The first one is very irritating and annoying and gets stuck into my head for minutes, or worse, HOURS. This sound was famously used for a baby crying at a Denny's restaurant and gets shouted at by Brian Griffin in a Family Guy episode "Screwed the Pooch" and his shouting is what I feel when I hear this sound...

And the third one... oh god! That is way worse and disturbing than the first one! Oh, and the second half in the first cry sound reminds me a bit of Dee Bradley Baker.

Someone's reaction to a sound effect they hate

Thanks for reading my user page and knowing all about me. Enjoy browsing (and editing) this Wiki, but remember: BIG BROTHER IS WATCHING YOU, AND THAT IS ME AND THE OTHER ADMINS. :-D

Oh, and here some bonus extras to my profile page!

When you're watching something and your SFX you hate comes on abruptly.

When you're listening to something and your SFX you hate comes on abruptly.

When someone is waiting for his/her block to expire so they can edit the Wiki again in a more constructive way.
Add a photo to this gallery

When you are forced to watch something with SFX you hate in it.

Society if an SFX you hate didn't exist.

When you just heard an SFX you hated the most.
Add a photo to this gallery
Retrieved from "https://soundeffects.fandom.com/wiki/User:Trent98?oldid=770910"
Community content is available under CC-BY-SA unless otherwise noted.