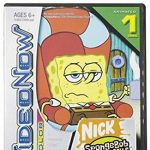 Hi, I'm SpongeBobIsTheBest1997! I was born on July 8, 1997. I spend most of the time on this Wiki. If someone new appears, I would always say hi! I live in Mentor, OH (Yes, I had been living in Mentor for all of my life). I LOVE sound effects, but some of the sound effects that I find annoying I don't like. In fact, I'll tell you about it!

Retrieved from "https://soundeffects.fandom.com/wiki/User:SpongeBobIsTheBest1997?oldid=606667"
Community content is available under CC-BY-SA unless otherwise noted.