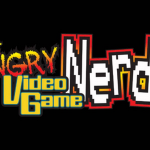 Hello there! I'm Railwayseries2, but my real name is actually Liam Ballinger. I originate from the United Kingdom and was born on 30th January 1999 (Yes - for most of my life, I never went anywhere outside of the country, until 2017 when I when across Europe)

When I want to hear sound effects everywhere, I will only be limited to some sounds from HollywoodEdge only and Sound Ideas' Hanna Barbera, Turner Entertainment & Warner Bros. sound libraries. I can avoid using the ones that disturb me, as on the list.

Sound Effects Libraries I Own

Here's a list of my top Sound Effects from Hell

Hollywoodedge, Elephant Trumpeting PE024801 - Like, come on! Not all elephants need to play this sound. The third and fourth trumpets sound like "rrrrrooooaaaaahhhh!". The longest of all the trumpeting noises in this sound effect is what I dread the most. Also, the trumpeting noise before the last used to scare me at young age. Also, I don't like how this sound effect is overused. Like in "The Simpsons", for everytime an elephant appears. The three Animal Trax and the Hanna-Barbera sounds are better.

Sound Ideas, BABY - CRYING, HUMAN 01 and Sound Ideas, BABY - CRYING, HUMAN 02 (aka HiT Entertainment Sample Library (in association with HollywoodEdge) - Baby Cries) THESE SAMPLES MAY HAUNT YOU AFTER YOU LISTEN TO THIS THAT MAY HIGHLY DISTURB YOU AND GET STUCK IN YOUR HEAD FOR A FEW HOURS. IT'S EVEN WORSE THAN THOSE NAILS ON THE CHALKBOARDS. If I have to take the risk of listening to to this sound. I'll be like "SHUUUUUUT UUUUUUPPP!!!!!!!!! OR I'LL SMASH YOUR FACE AGAINST THAT COT IF YOU STOP YOUR SCREAMING NOOOOIIIISE!!!!!!" Like an angry British mother from the NSPCC 1999 ad! THEY ALSO MAKES ME THINK SUICIDAL THOUGHTS!!!!!!!!!!!! They need to be replaced with Hollywoodedge, Baby Crying Slowly PE144001, Hollywoodedge, Baby Whining Short Cr PE144101, HollywoodEdge (Europe Edition), Roland UK - Animated Baby Cries and Sound Ideas, HUMAN, BABY - EIGHT WEEK OLD BABY: CRYING, which are WAY BETTER!

Sound Ideas, HUMAN, BABY - CRYING -  This sound is so disturbing along with the Series 2000 sounds. It's the most hated sound on the General Series 6000 library. Trust me, IF I HEAR THIS SOUND AGAIN - I WILL FEEL LIKE GOING INTO RAGE MODE!!!

Sound Ideas, BALLOON - BALLOON AIR SQUEAK, 05 - JESUS! Does this really need to be used as a running gag in modern day shows? It used to annoy me as a kid, it was highly overused in most preschool shows. Nowadays this sound makes MY SKIN CRAWL! Same goes with the 4th one.

For anyone on the wiki that doesn't follow the rules (Like the Image Gallery one or not having a visible avatar.) You will be caught and you will be BANNED! I'm always watching you. If you send an apology message to me, I will bail you out and give you this one and only chance. But if you blow it the second time, then TOO BAD! I don't care how much you whine and cry for me to bail you out. You shall suffer the consequences! Mwahahahahahahahahaha >:)

Retrieved from "https://soundeffects.fandom.com/wiki/User:Railwayseries2?oldid=638590"
Community content is available under CC-BY-SA unless otherwise noted.