The Tigger Movie is a 2000 animated musical comedy-drama film produced by Walt Disney Television Animation with animation production by Walt Disney Animation (Japan), Inc., written and directed by Jun Falkenstein from a story by Eddie Guzelian, and released by Walt Disney Pictures on February 11, 2000. It is the second theatrical Winnie the Pooh film after The Many Adventures of Winnie the Pooh and features Pooh's sidekick Tigger as the main protagonist searching for his family tree and other Tiggers like himself.

The film was the first feature-length theatrical Pooh film that was not a collection of previously released shorts.

It is also the first in the original films in which Tigger is voiced entirely by Jim Cummings (in addition to Pooh) following the retirement of Tigger's original voice actor Paul Winchell in 1999. Winchell was originally cast as Tigger but was dropped after the studio considered his voice to be too raspy. Cummings had previously shared the role with Winchell since 1988 and provided his singing voice in most later projects with Winchell as the character's speaking voice.

The film features original songs from the Sherman Brothers. Originally, the film was slated for a direct-to-video release, until then–Disney CEO Michael Eisner heard the Sherman Brothers' songs, and decided to release the film in theaters worldwide. The film received mixed reviews from critics and was the highest-grossing film in the Winnie the Pooh franchise until it was surpassed by 2018's Christopher Robin.

Tigger goes looking through the hundred-acre-wood to find his family. 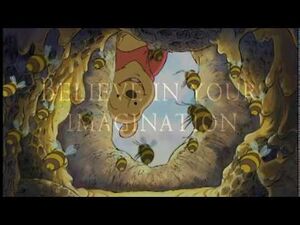