Soundeffects Wiki
Register
Don't have an account?
Sign In
Advertisement
in: Shows That Use Censor Bleep, 2016 Made, 2016 Started,
and 94 more

The Loud House is a 2016 animated series produced by Nickelodeon Animation Studios which premiered on May 2, 2016. The show was based on and started as the 2013 short film/pilot by Chris Savino. It's also the first cartoon to be created by Savino to be successfully greenlit.

The show is about a boy named Lincoln who lives with 10 sisters, each one having a distinct personality and representing a certain common stereotype, at home. He also has a best friend named Clyde. While his life is chaotic, it's not a big problem for Lincoln - he always comes up with a way to save the day. The episodes tend to focus on problems with Lincoln and his sisters at home, scenarios with Lincoln and Clyde, or sometimes romantic stories involving his neighbors Bobby and Ronnie Anne Santiago, the former of whom Lincoln's oldest sister Lori is dating and the latter of whom Lincoln has a crush on. 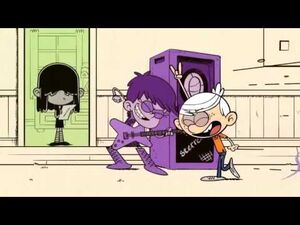