The King of Braves GaoGaiGar Final 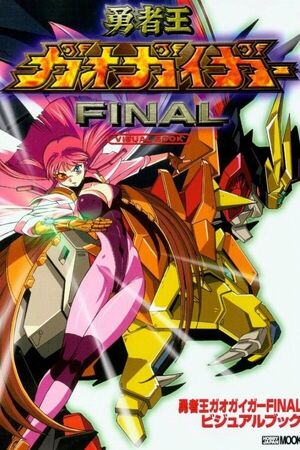 The year is 1999, a year after the invasion of the Zonders and Mamoru's departure to the Tri-Solar System with Galeon, the Gusty Galaxy Guard is tracking down mysterious black machines called Q-Parts which possesses high regenerative properties. The criminal group known as BioNet stole one of the machines that were being researched at CERN. Guy, who is now working with Renais-Kardif Shishioh and the biologist Papillon Noir to take back one of the Q-Parts from BioNet using GGG's newest trump card: the GaoFighGar. However, beyond the GGG's concern over the Q-Parts, a familiar figure reappears and along with it, an upcoming calamity that would destroy the universe. Thus, the King of Braves is again dragged into a new conflict...