The Garfield Show is a CGI animated television series produced by Paws, Inc. and Dargaud Media. It is based on the American Garfield comic strip created by Jim Davis.

The show centers mainly on Garfield's usual antics and frolics, usually in function of his laziness and gluttony. 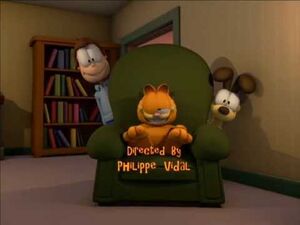 (Sound Ideas, SCREAM - FEMALE, LONG, HUMAN, HORROR 01 in a higher pitch and cut-off, as heard in "Doggone Jon", as well as a variant with additional sounds and music ripped from the episode, and the full version of the high-pitched scream.)