This show tells the adventures of four turtles ‎Leonardo‎; ‎Donatello‎; Raphael and ‎Michelangelo‎ who were transformed into humanoids by a strange ooze and were trained as ninja by a human martial arts master, Hamato Yoshi, who was changed into a humanoid rat, Splinter, by the same substance. Together with the intrepid reporter, April O'Neil, they fight against the threats against the world, like Shredder and Krang. 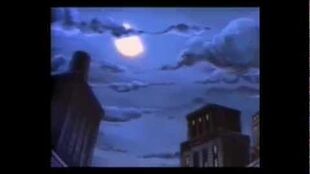 Retrieved from "https://soundeffects.fandom.com/wiki/Teenage_Mutant_Ninja_Turtles_(1987)?oldid=678611"
Community content is available under CC-BY-SA unless otherwise noted.