Swiss Family Robinson is a 1960 American adventure film starring John Mills, Dorothy McGuire, James MacArthur, Janet Munro, Tommy Kirk, and Kevin Corcoran in a tale of a shipwrecked family building an island home. It was the second feature film based on the 1812 novel The Swiss Family Robinson by Johann David Wyss, a previous adaptation having been released by RKO Pictures in 1940. Directed by Ken Annakin and shot in Tobago and Pinewood Studios outside London, it was the first widescreen Walt Disney Pictures film shot with Panavision lenses; when shooting in widescreen, Disney had almost always used a matted wide screen or filmed in CinemaScope.

Upon its release, Swiss Family Robinson was a major success with both critics and audiences and remains one of Disney's most beloved live-action feature films. 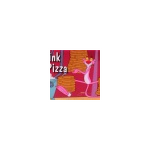