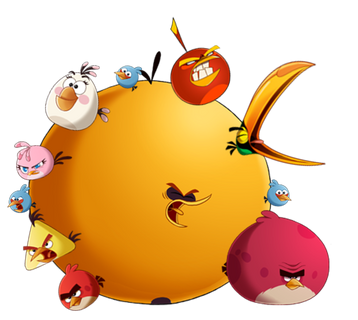 Angry Birds Wiki is devoted to the popular mobile game application Angry Birds. It focuses on the story of a group of birds whose eggs are stolen by pigs. They pursue the pigs using their unique powers and destroy their…