Soundeffects Wiki
Register
Don't have an account?
Sign In
Advertisement
in: TV SHOWS, 1999 TV Shows, 1999 Made,
and 28 more

Sonic Underground is an animated series that follows the adventures of Sonic the Hedgehog and his siblings, Sonia and Manic. The series was produced by DIC Entertainment and TF1, and first premiered in France on January 6, 1999 on TF1, and then premiered in the United Kingdom on May 2, 1999 on ITV1 and finally in the United States in syndication on August 30, 1999.

In this 3rd cartoon of Sonic the Hedgehog, Sonic and his two siblings, Manic and Sonia are the hit rock band, Sonic Undeground. But in reality they are the children of Queen Aleena, the queen of Mobius. Queen Aleena was abandoned from Mobius by Sonic's enemy, Dr. Robotnik who turned Mobius into a waste land. So now Sonic, Manic and Sonia must fight Dr. Robotnik and his two sidekicks, Sleet and Dingo and the SWAT Bots, with the aid of their metal medallions and bring peace to Mobius and find mother! Will the hedgehogs find their mother? Will they defeat Robotnik? The resistance begins on Sonic Underground! 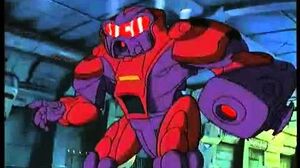