Sinbad: Legend of the Seven Seas is a 2003 American animated adventure film produced by DreamWorks Animation and distributed by DreamWorks Pictures, using traditional animation with some computer animation. It was directed by Tim Johnson and Patrick Gilmore from a screenplay by John Logan, and stars the voices of Brad Pitt, Catherine Zeta-Jones, Michelle Pfeiffer, and Joseph Fiennes. The film covers the story of Sinbad (voiced by Pitt), a pirate who travels the sea with his dog and his loyal friend Marina (voiced by Zeta-Jones) to recover the lost Book of Peace from Eris (voiced by Pfeiffer) to save his childhood friend, Prince Proteus (voiced by Fiennes), from accepting Sinbad's death sentence. The film blends elements from the 1001 Arabian Nights and classical myths.

The film was released on July 2, 2003 and received mixed reviews from critics, who praised the voice performances but criticized the CGI animation and storyline. Grossing $80.8 million on a $60 million budget, Sinbad is considered the biggest box office bomb of 2003. DreamWorks suffered a $125 million loss on a string of films in 2003, which nearly bankrupted the company. It is the final DreamWorks film to use traditional animation, as the studio abandoned it in favor of computer animation.

Sinbad and his pirate crew attempt to steal the magical "Book of Peace" and hold it for ransom as one last job before retiring to Fiji. Sinbad is surprised to see it is being protected while on board to Syracuse, Sicily by Prince Proteus of Syracuse. Proteus was once Sinbad's best friend as a child and he tells him if it ever meant anything he can prove it. Sinbad tries to steal the book anyway, but is prevented when Cetus attacks the ship. The two work together to fight off Cetus and for a moment reaffirm their bond. Just when it seems the beast is defeated, Sinbad is dragged off the ship. Proteus goes to save Sinbad, but he is stopped by his crew.

Drawn underwater by Cetus, Sinbad is saved by the beautiful Goddess of Discord, Eris, who offers him any boon he desires in exchange for the Book of Peace. Sinbad and his crew go to Syracuse to steal the Book, but leave without doing so. Anticipating this, Eris impersonates Sinbad and steals the Book. Sinbad is sentenced to death, whereupon Proteus sends Sinbad to retrieve the Book instead, placing himself as a hostage, and Proteus' fiancée Lady Marina goes to make sure that Sinbad succeeds. To prevent them from succeeding, Eris sends a group of mythical sirens, who entrance and seduce the men aboard Sinbad's ship with their hypnotic singing voices, but do not affect Marina, who pilots the ship to safety. Eris later sends a Roc which captures Marina, but she is rescued by Sinbad.

After these and other incidents, Sinbad and Marina talk in a brief moment of peace - Marina reveals that she's always dreamed of a life on the sea, and Sinbad reveals that he distanced himself from Proteus 10 years earlier because he loved Marina. They suddenly then reach and enter Eris' realm where she reveals that her plan was to maneuver Proteus into Sinbad's place, leaving Syracuse without an heir, and agrees to surrender the Book of Peace only if Sinbad truthfully tells whether he will return to Syracuse to accept blame and be executed if he does not get the Book. She gives him her word that she will honour the deal, making it unbreakable even for a god. When he answers that he will return, Eris calls him a liar, and returns him and Marina to the mortal world. Ashamed, Sinbad admits that Eris is right, truly believing deep down that he is a selfish, black-hearted liar. Marina pleads for Sinbad to leave, admitting her feelings for him.

In Syracuse, the time allotted to Sinbad has elapsed. Proteus readies himself to be beheaded, but at the last minute, Sinbad appears and takes his place. An enraged Eris appears suddenly and saves Sinbad by shattering the executioner's sword to pieces. Sinbad, shocked, realizes that this was still part of her test and that he has beaten her by proving his answer to be true after all. Eris is furious but cannot go back on her word and gives the book to Sinbad. Eris then leaves to cause chaos elsewhere. With the true culprit revealed, Sinbad is pardoned for the crime of stealing the book and is now well-respected.

With the Book restored to Syracuse, Sinbad and his crew prepare to leave on another voyage, leaving Marina in Syracuse. Unbeknownst to him, Proteus sees that Marina has fallen deeply in love with Sinbad and life on the sea and releases her from their engagement, sending her to join Sinbad's ship. Marina surprises Sinbad by revealing her presence on the ship just as it begins to sail, and the two share a kiss. Now together, they and the crew set out on another long voyage as the ship sails into the sunset. 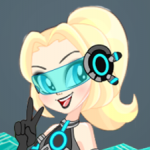 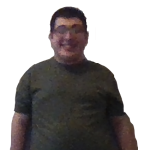