Mordecai, a blue jay, and Rigby, a raccoon, are groundskeepers at a park, but these best friends are lazy and don't let their jobs interfere with their ability to have fun. While Mordecai tries to be responsible and do a good job, he's frequently led astray by his immature pal, who is totally without fear or shame. The friends often end up having to pay for their irresponsible actions as they usually get into more trouble than they anticipated. Their slacking off at work causes much chagrin for their hot-tempered gumball machine boss, Benson. 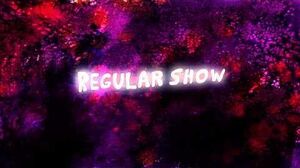