Michael Scofield is a desperate man in a desperate situation. His brother, Lincoln Burrows, was convicted of a crime he didn't commit and put on Death Row. Michael holds up a bank to get himself incarcerated alongside his brother in Fox River State Penitentiary, then sets in motion a series of elaborate plans to break Lincoln out and prove his innocence. Once out of jail, their perils aren't over -- the brothers must flee to escape recapture and battle an intricate political conspiracy that puts everyone's life at risk. 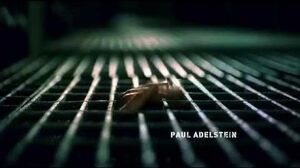 Retrieved from "https://soundeffects.fandom.com/wiki/Prison_Break?oldid=628913"
Community content is available under CC-BY-SA unless otherwise noted.