Pikmin (Japanese: ピクミン, Hepburn: Pikumin) is a 2001 real-time strategy and puzzle video game, developed and published by Nintendo for the GameCube. The game was created and produced by Shigeru Miyamoto, and is the first entry in the Pikmin series. The game's story focuses on an alien pilot, Captain Olimar, who crash lands on a mysterious planet and must make use of a native species called "Pikmin" to find his ships missing parts in order to escape within 30 days. Players take control of Olimar and in directing the different varieties of Pikmin to exploring the game's various levels, overcoming obstacles and hostile creatures, in order to find and recover the missing ship parts. 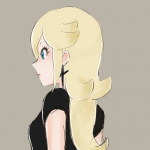