Peter Rabbit 2: The Runaway (also known simply as Peter Rabbit 2 in other territories) is a 2021 3D live-action/computer-animated adventure comedy film directed and co-produced by Will Gluck and written by Patrick Burleigh and Gluck. The film is a sequel to 2018's Peter Rabbit produced by Sony Pictures Animation and is based on the stories of Peter Rabbit created by Beatrix Potter. The film stars the voice of James Corden as the title character, alongside Rose Byrne, Domhnall Gleeson, and David Oyelowo in live-action roles, and the voices of Elizabeth Debicki and Margot Robbie.

After facing numerous delays from its original February 2020 release date due to the COVID-19 pandemic, the film was released theatrically by Sony Pictures Releasing under its Columbia Pictures label, first in Australia on 25 March 2021, before a release in the United Kingdom on 17 May 2021, and in the United States on 11 June 2021. 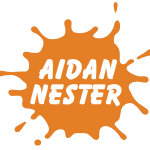