watch 01:56
The Loop (Movies)
Do you like this video?
Play Sound

Panel de Pon is the Japanese version of the puzzle game "Tetris Attack" developed by Intelligent Systems and published by Nintendo for the Super Famicom in Japan on October 27, 1995. Unlike Tetris Attack, it features fairies as the main characters with a fantasy-like setting.

This is one of the only 2 Nintendo games to feature the fairy characters, the other being "Nintendo Puzzle Collection". 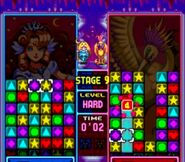 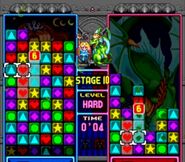 Godzilla Roar (Higher Pitched)
Add a photo to this gallery

Retrieved from "https://soundeffects.fandom.com/wiki/Panel_de_Pon?oldid=700063"
Community content is available under CC-BY-SA unless otherwise noted.