View source
watch 01:40
The Sandman Will Keep You Awake - The Loop
Do you like this video?
Play Sound

PJ Masks is an animated children's television series produced by Entertainment One, Frog Box, and TeamTO. The series is based on the Les Pyjamasques book series by Romuald Racioppo. The series debuted on Disney Junior in the United States on September 18, 2015. 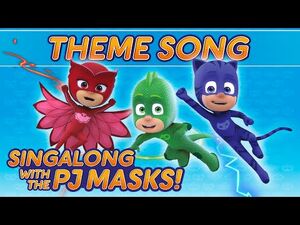