Mr. Saturday Night is a 1992 American comedy-drama film that marks the directorial debut of its star, Billy Crystal.

It focuses on the rise and fall of Buddy Young Jr., a stand-up comedian. Crystal produced and co-wrote the screenplay with the writing duo Babaloo Mandel and Lowell Ganz. It was filmed from November 1991 to March 1992 and released on September 23, 1992, by Columbia Pictures. Co-star David Paymer received an Academy Award nomination for Best Supporting Actor. 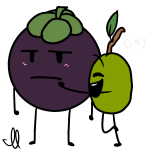