Mr. Meaty is a teen sitcom created by Jamie Shannon and Jason Hopley. The show centers on two lazy teenage boys, Josh Redgrove and Parker Dinkleman, who work at a fast food restaurant called Mr. Meaty inside a shopping mall as they often encounter supernatural and bizarre situations. The series is set in the fictional town of Scaunchboro, based on Scarborough, Toronto.

The show centers on a pair of teenage boys working at a fast-food restaurant established in the fictional Scaunchboro Mall: the nerdy, gluttonous, awkward Parker Dinkleman and the charming, popular, but uncaring and self-centered Josh Redgrove. The boys are often placed in bizarre, supernatural or grotesque situations. They are also seen dealing with common teenage situations such as dating and peer pressure. 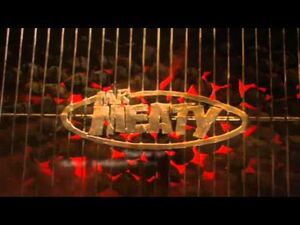