Minnie's Bow-Toons is an American animated children's television series that ran from 2011 to 2016 on Disney Junior. It is a short-form series targeted at younger girls and is the first spin-off from Mickey Mouse Clubhouse. The series is based on the episode, Minnie's Bow-tique, where Minnie opens her boutique filled with a variety of bows and bow-ties. This show introduces Minnie's twin nieces Millie and Melody Mouse into Disney's cartoons, starting with the episode "Trouble Times Two." 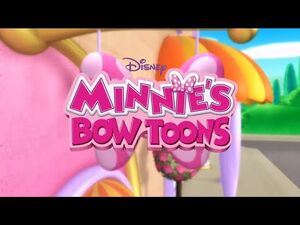 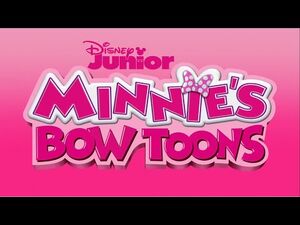