Mickey Mouse Mixed-Up Adventures is an American computer-animated children's television series produced by Disney Television Animation. It is a spin-off of Mickey Mouse Clubhouse. The series (known as Mickey and the Roadster Racers for its first two seasons) debuted on Disney Junior in the United States on January 15, 2017.

The series was renewed for a second season on March 15, 2017, which premiered on April 13, 2018. A third season was renewed one year after, leading to the series being renamed as Mickey Mouse Mixed-Up Adventures. The first episode under the new title aired on October 14, 2019.

This show features some of Russi Taylor's final performances as Minnie Mouse before she died of colon cancer on July 26, 2019.

On October 1, 2020, it was announced that a new series, entitled Mickey Mouse Funhouse (which is a reboot and revival of Mickey Mouse Clubhouse) is currently in development. It is scheduled to premiere in 2021 on Disney Junior.

The show's third season ended on October 1, 2021. It is unknown if the show will be renewed for a fourth season at this time, but it was succeeded by Mickey Mouse Funhouse.

The show is about the Sensational Six (Mickey, Minnie, Goofy, Donald, Daisy and Pluto) as they race around their town of Adventures and around the world (Pluto does not race in any way). Unlike the previous series, this show contains two 11-minute stories as opposed to Clubhouse's full-length 22-minute stories. In the first half, Billy Beagle commentates on Mickey and his friends' races whether the race is in Hot Dog Hills or somewhere else around the world.

In Season 3, Mickey builds a mixed-up motor lab that mixes up and transforms cars. It starts to use the classic "Hot Dog" song originally written and performed by They Might Be Giants for Mickey Mouse Clubhouse. This new version of the song is placed between the two segments of each episode and at the end of the final segment. 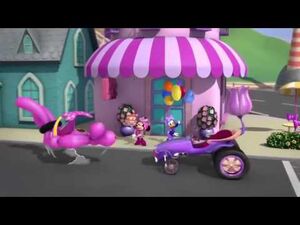 Mickey and the Roadster Racers Intro 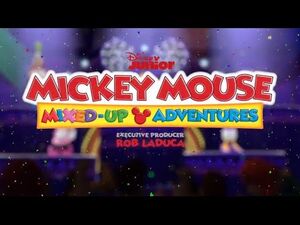