Soundeffects Wiki
Register
Don't have an account?
Sign In
Advertisement
in: TV SHOWS, 2004 Made, 2004 Started,
and 45 more

Higglytown Heroes is an American CGI-animated children's television series produced by Wild Brain that aired on the Playhouse Disney block on Disney Channel in the United States. The show that ran from September 12, 2004 to January 7, 2008.

Children Eubie, Wayne, Twinkle, Kip and their best friend, Fran the squirrel, learn about all of the important jobs that people do in Higglytown. 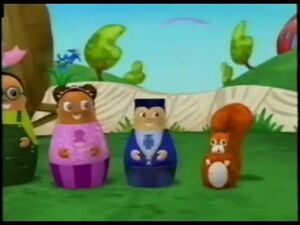