CBS books a new version of the classic "Hawaii Five-0" series, with Alex O'Loughlin in the lead role as Det. Steve McGarrett and Scott Caan portraying Danno. The detectives are part of an elite task force whose mission is to eliminate crime on the beaches of the Aloha State. Assisting McGarrett and Danno is former Honolulu Police detective Chin Ho Kelly, who has been relegated to a federal security patrol after being wrongfully accused of corruption. Chin's fresh-out-of-the-academy cousin, Kono, also joins the team as she tries to establish herself among the department's elite. 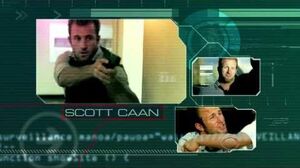