View source
watch 03:36
Wiki Targeted (Entertainment)
Do you like this video?
Play Sound

Eek! The Cat (retitled Eek! Stravanganza in 1994) is an American-Canadian animated series, created by Savage Steve Holland and Bill Kopp and produced by Fox Kids and Savage Studios with animation by Nelvana, that ran from 1992 to 1997. It aired on YTV from 1992 to 1998 in Canada.

Eek. the Cat is a chubby purple cat who lives in a violent world and his Motto is "It never hurts to help." Well, he always gets hurt anyway, and his adventures spoof many movies and TV shows. After the first couple of seasons, the show was renamed and a second segment called The Terrible Thunderlizards was added. Thunderlizards are a group of misfit dinosaurs who set out to destroy two cavemen (Bill and Scooter) and always miss, while Scooter is trying to show Bill his new inventions. A short-lived third segment called Klutter was added to season 4 of Eek and the show was renamed once again. Siblings Ryan and Wade Heap want a pet, so they create a strange dog-like creature named Klutter from a pile of clothes using static electricity. The trio frequently went on Scooby-Doo-type mysteries and rescue missions. 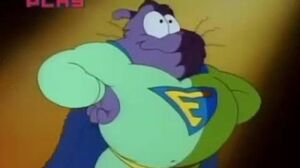 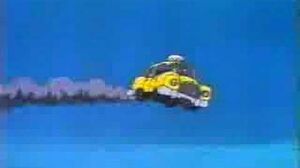