Courageous is a 2011 American independent Christian drama film directed by Alex Kendrick and written by Kendrick with his brother Stephen Kendrick. It is the fourth film by Sherwood Pictures, the creators of Flywheel, Facing the Giants, and Fireproof. Filming in Albany, Georgia concluded in June 2010. The film was marketed by Sony's Provident Films, which also marketed their previous films.

The film was directed by Alex Kendrick, who co-wrote its screenplay with his brother Stephen Kendrick. Alex Kendrick also stars in the film, along with Ken Bevel and Kevin Downes. About half of the cast and crew were volunteers from Sherwood Baptist Church, while the remainder were brought on through invitation-only auditions.

The film was produced with a budget of $2 million, but on its opening weekend, it grossed $2 million in pre-sales alone and grossed $9.1 million total for the weekend. It grossed a total of $35.2 million, over 17 times its budget. The film opened to generally negative reviews from secular critics and generally positive reviews from Christian critics. 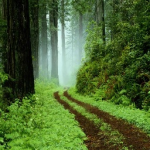