Bunny Maloney is a 2009 French computer-animated television shows created by Studio Tanuki, directed by Stéphane Stoll and produced by Maia Tubiana. It was based on a Flash-animated pilot called The Attack of the Giant Red Octopus (French: Pinpin le Lapin: L'attaque de rouge geant). The series chronicles the adventures of a pink anthropomorphic rabbit named Bunny Maloney and his friends. The series was canceled after one season, due to low ratings and highly negative criticism over the show's inappropriate themes.

In France, Bunny Maloney was broadcast for the first time on June 29, 2009, on the TV channels Canal+ and Canal+ Family during the Cartoon+ programming block. An English dub aired on Kabillion (along with official videos of the show on their YouTube channel), but any trace of the show has later been removed. The series is currently distributed on Apple TV's French website. 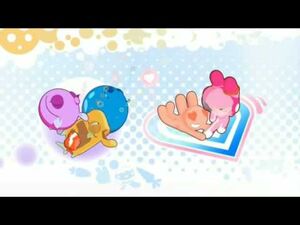