Soundeffects Wiki
Register
Don't have an account?
Sign In
Advertisement
in: TV SHOWS, Animated Shows, 2000 Made,
and 41 more

Block 13 follows five young boys: Abboud, a chubby boy who dislikes his sister, Azzouz, a good-hearted but slightly strange boy, Hammoud, a handsome teacher's pet, and finally Saloom, an impoverished child that sells bubble gum for money. The show follows the boys as they deal with all sorts of trouble, from Abboud's little sister, Farooha, to their insane teachers to their hilarious school classes. On Block 13, nothing is normal, and everyday is fun. 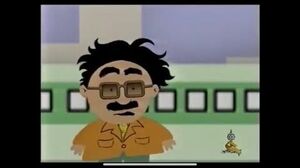